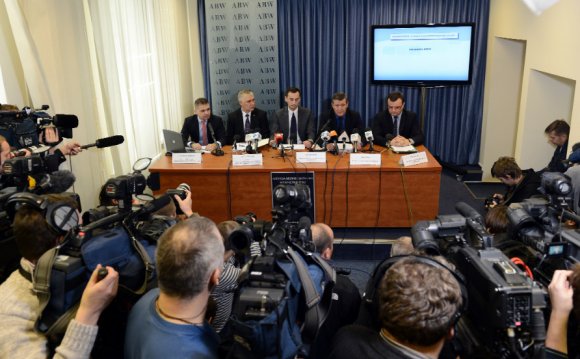 Polish electronic-leaning festival 'Unsound', which gets underway today (October 11) and continues until next weekend, has been forced to reorganize a concert by Current 93 after accusations of satanism were made against founder David Tibet.

The act were due to play St Catherine's Church in Krakow on October 16, but the set has been relocated, as have three other previously unannounced shows that were due to take place at the venue.

"With great shock, it has come to our attention that accusations have been posted on a Polish Internet website that our festival — as preposterous as it is to even repeat — allegedly promotes and propagates Satanism. These accusations, initially made in a letter to St Catherine's Church, are completely unfounded, unreasonable, and slanderous. They undermine the good name of the festival, which since 2003 has been an enthusiastic participant in Krakow's cultural life, and we reject the accusation unequivocally."

"Were it possible to ignore this as a sick joke, we would. Unfortunately, this statement harms not only the festival organisers, but also our guests – including both artists and the festival audience."

"As the organisers of Unsound, we of course categorically deny that Satanism is now or has ever been promoted at our festival. The goal of the Unsound festival has always been bringing artists and audiences together in the promotion of art and culture. There has never been any political ideology or religious motivation behind the festival programming. And, moreover, the organisers of the festival have always appreciated the hospitality of Krakow churches, where over the span of several years many concerts have taken place."

"Today, Unsound is an important international cultural event, which brings many wonderful artists and thousands of national and international attendees to Krakow. The attention it garners across the globe also brings increasing interest and curiosity about the city and all it has to offer. In regard to people who spread harmful and untrue accusations about the festival and its participants — whether out of spite or extreme ignorance, we do not know — we invite them to Unsound to discover what its main goals actually are."

"We received a message from St. Catherine’s Church that they have been asked by the curia to cancel the concert of Current 93, which was meant to take place there on October 16th. We are especially sorry because David Tibet — the founder and leader of Current 93 — sent us a statement in which he explains his faith as a Christian, as he has many times in interviews. This letter was forwarded to the church, but without effect. He is upset and hurt by the fact we are now forced to change venues."

David Tibet has also released a statement following the venue change - the above mentioned letter - in which he calls the accusations "ridiculous slander." His full statement, from the Unsound website, is as follows:

"My friends Mat Schulz and Gosia P?ysa at Unsound informed me of some crazy allegations against me and my work, accusing me of being a Satanist and other such ridiculous slanders."