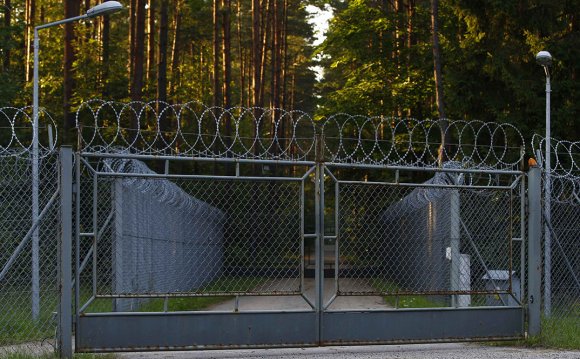 On a cold day in early 2003, two senior CIA officers arrived at the U.S. Embassy in Warsaw to pick up a pair of large cardboard boxes. Inside were bundles of cash totaling $15 million that had been flown from Germany via diplomatic pouch.

The men put the boxes in a van and weaved through the Polish capital until coming to the headquarters of Polish intelligence. They were met by Col. ­Andrzej Derlatka, deputy chief of the intelligence service, and two of his associates.

The Americans and Poles then sealed an agreement that over the previous weeks had allowed the CIA the use of a secret prison — a remote villa in the Polish lake district — to interrogate al-Qaeda suspects. The Polish intelligence service received the money, and the CIA had a solid location for its newest covert operation, according to former agency officials who spoke on the condition of anonymity to discuss the interrogation program, including previously unreported details about the creation of the CIA’s “black sites, ” or secret prisons.

The CIA prison in Poland was arguably the most important of all the black sites created by the agency after the Sept. 11, 2001, attacks. It was the first of a trio in Europe that housed the initial wave of accused Sept. 11 conspirators, and it was where Khalid Sheik Mohammed, the self-declared mastermind of the attacks, was waterboarded 183 times after his capture.

Much about the creation and operation of the CIA’s prison at a base in one of the young democracies of Central Europe remains cloaked in mystery, matters that the U.S. government has classified as state secrets. But what happened in Poland more than a decade ago continues to reverberate, and the bitter debate about the CIA’s interrogation program is about to be revisited.

“In the face of Polish and United States efforts to draw a veil over these abuses, the European Court of Human Rights now has an opportunity to break this conspiracy of silence and uphold the rule of law, ” said Amrit Singh, a lawyer with the Open Society Justice Initiative, which petitioned the court on behalf of a detainee who was held at the Polish site.

The story of a Polish villa that became the site of one of the most infamous prisons in U.S. history began in the Pakistani city of Faisalabad with the capture of Zayn al-Abidin Muhammed Hussein, better known as Abu Zubaida, in March 2002. The CIA needed a place to stash its first “high-value” detainee, a man who was thought to be closely tied to the al-Qaeda leadership and might know of follow-on plots.

Cambodia and Thailand offered to help the CIA. Cambodia turned out to be the less desirable of the two. Agency officers told superiors that a proposed site was infested with snakes. So the agency flew Abu Zubaida to Thailand, housing him at a remote location at least an hour’s drive from Bangkok.

The CIA declined to comment, as did Polish authorities through their country’s embassy in Washington. Derlatka, the Polish intelligence officer, did not return messages seeking comment.

Poland admits to hosting CIA black site prisons on its ...

Poland Will Comply With Ruling in CIA Prisons Case: Minister