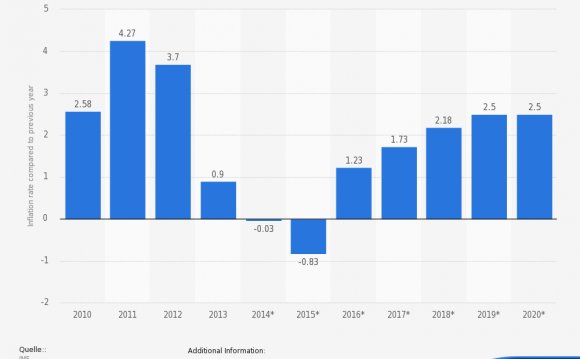 In a recent paper, Arnab Das and Nouriel Roubini compare exit from the euro area to a divorce. (See long form .) When we hear that friends are heading for the divorce court, two questions immediately come to mind. Why did this arrangement, which seemed like a good idea at the time, go bad? What is the best way out? In answering these questions for countries now facing the prospect of forced or voluntary exit from the euro, it is helpful to look for lessons from other fixed-rate arrangements that have gone bad. Poland’s experience in the 1990s provides one such example.

All economies that made the transition from the Soviet-style centralized-administrative model to a market economy in the early 1990s experienced significant inflation. The peak inflation rate for countries in the short-lived exceeded 1000 percent. Poland’s inflation, which peaked at over 500 percent in 1990, was the highest among transition economies outside the ruble area.

To bring inflation under control, Poland, like several other transition economies, turned to a fixed exchange rate. Unlike the neighboring Baltic states, however, Poland did not institutionalize the fixed rate through a currency board or similar arrangement.

With neither a strong institutional framework nor large foreign currency reserves, its fixed-rate disinflation strategy lacked credibility. We can read the failure of the fixed-rate policy from the following chart, adapted from a paper that prepared for a 2001 IMF seminar.

The first thing that stands out is that the inflation rate did not immediately decrease, as it has done in countries that undertook more firmly anchored exchange-rate based stabilization programs.

Second, during most of the period the chart covers, the inflation rate exceeded the growth of the M2 money stock. A well-known rule of thumb tells us that the rate of inflation is equal to the rate of money growth plus the rate of increase of velocity minus the rate of growth of real GDP. Real GDP was falling in 1990 and 1991 at a rate of about 7 percent per year, enough to explain only a small part of the gap between the inflation rate and the money growth rate. The remainder of the gap must be attributed to an increase in velocity, which in turn implies a reduction in the willingness of households and firms to hold the domestic currency as a store of value. When people are spending their domestic currency as fast as they earn it, or exchanging it for foreign currency, we have a sure sign that the exchange rate regime lacks credibility. In contrast, a rapid decrease in velocity is the hallmark of success for a well-executed exchange-rate based stabilization policy, for example, that of Bulgaria in 1997.