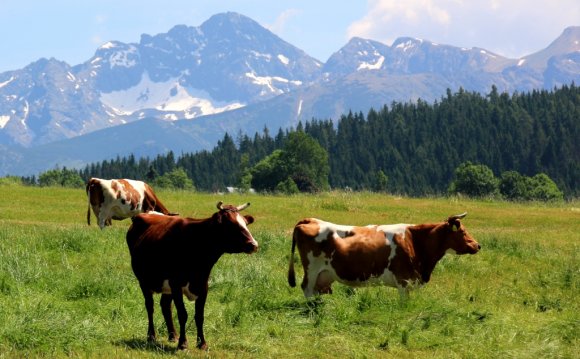 BACK in the early 1990s, when a visitor to Poland toured an agriculture museum, the museum’s staff fired up an old American tractor, given to Poland by Americans not long after the war. As it chugged around a field, belching blue smoke, the visitor happened to see a neighbouring field belonging to a working farm. Its farmer worked the land by horse.

The fact that a museum boasted more modern farming technology than an actual farm spoke volumes about Polish agriculture 25 years ago. In the early 1990s Poland was peppered with around two million farms. There were a number of large co-operative farms, but most of them were small subsistence plots that struggled to provide farmers with a proper income. Many of them took jobs in other sectors and farmed just for their own family’s needs.

Things are different now. “This is a golden age of Polish farming, ” says Jerzy Wilkin, an economics professor at Warsaw University. “Never before has such large amounts of money flowed into agriculture.”

The trigger for this golden age was Poland’s accession to the European Union in 2004, which is somewhat ironic as Polish farmers were at the forefront of the anti-EU membership campaign. But instead of their farms drowning under a tidal wave of subsidised produce from the West, as farmers had feared, they’ve seen the money roll in. Farm incomes have tripled in the last ten years.

Accession gave farmers access to funds from the Common Agricultural Policy, and in particular to direct payments that came with a threshold set at just one hectare. This meant that even the smallest farm could count on a cheque arriving in the post each month.

Along with EU cash, Polish farms also benefited from increased domestic spending on agriculture. Payments from the Polish state have nearly tripled since EU accession.