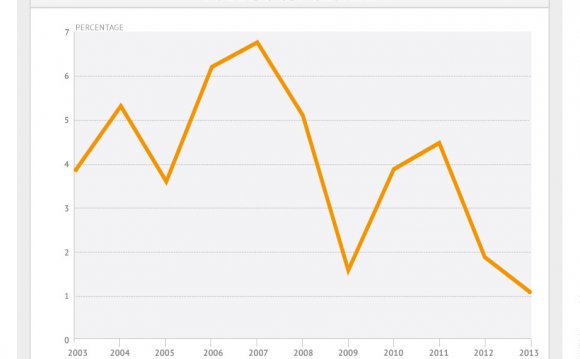 Gross domestic product rose 3.3 percent from a year earlier, the fastest since 2011, after a revised 1.7 percent increase in 2013, the statistics office in Warsaw said Tuesday. That matched the median estimate of 29 economists in a Bloomberg survey.

Poland, whose economy is the only one in the European Union that’s gained every year through the global financial crisis, benefited from a pickup in domestic-demand growth to 4.6 percent in 2014. Fixed investment surged 9.4 percent from 0.9 percent a year earlier, the statistics office estimated.

“Last year was a really good one for Poland, despite outside geopolitical tensions and weakness in the euro area, ” Adam Antoniak, a Warsaw-based economist at UniCredit SpA’s unit Bank Pekao SA, said by e-mail. “We had a noticeable rebound of domestic demand, which was the main engine of economic expansion, and that positive trend should be continued this year, helping to maintain a similar pace of growth.”

The zloty weakened 0.3 percent to 4.2265 against the euro at 1:25 p.m. in Warsaw. It lost 3 percent last year, the seventh-worst performance among 31 major currencies tracked by Bloomberg.

The uptick in growth shows the EU’s biggest eastern economy warded off risks emanating from a slowdown in the euro area, its biggest export market. Poland also had to weather the effects of the escalating conflict in neighboring Ukraine, which affected the country through counter-sanctions imposed on Russia.

Industrial-output growth surged last month to an almost three-year high, while December retail sales climbed 1.8 percent from a year earlier, according to the statistics office.

The country’s 38 million citizens had higher disposable incomes as consumer prices fell the most since the early 1980s and unemployment dropped in October to the lowest level since 2009.

The prospect of deflation taking root has prompted central bankers in Warsaw to signal their willingness to ease monetary policy if the decline in prices lasts longer than they forecast. The National Bank of Poland left its benchmark interest rate at record-low of 2 percent for a third month on Jan. 14. Consumer prices fell 1 percent from a year earlier in December, the sixth consecutive decrease.

While the pace of economic growth has made the Monetary Policy Council reluctant to cut rates further, the panel is nearing majority support for a reduction, Governor Marek Belka said Jan. 23, according to the PAP news service. The central bank will announce its next rate decision on Feb. 4.