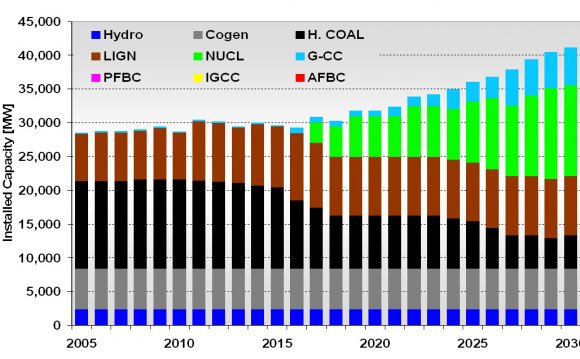 Poland boasts the largest economy in Central Europe, and the sixth largest in the European Union (EU). It is also the largest ex-communist member of the European Union. Until the global recession that followed the collapse of the United States' housing bubble, Poland's economy had an average yearly rate of growth of over 6.0 percent. Since the recession, Poland has shown strong signs of recovery. According to the Polish Central Statistical Office, economic growth had returned to 3.9 percent by 2010, ahead of most other members of the EU.

Emerging from the Middle Ages, Poland was a commonwealth monarchy ruled by a king who was also the grand duke of Lithuania. It was one of the most populous European nations in the 16th and 17th centuries. The economy of Poland was dominated by a feudal system based on agriculture. Compared to other Western European nations of the time, Poland remained largely agrarian, and this system of feudal farming worked well for the nation. As such, Poland was Europe's primary domestic source of grain, cattle, and fur.

Although Poland-Lithuania saw many years of prosperity, its fortunes began to decline as a result of protracted political, military, and economic conflicts. As a consequence, the nation was consumed and divided by Prussia, Austria, and the Russian Empire in the late 18th Century.

A second Polish Republic emerged during the period between the first and Second World War The government was a parliamentary democracy for several years, then ultimately became an authoritarian dictatorship for several years before its invasion by Nazi Germany. Much of this political turmoil was wrought by the devastation and economic ruin caused to the region during World War I. Almost immediately after its formation, the Great Depression hit, further weakening the economy. The government responded with a series of public works programs designed to stimulate economic growth and recovery.

Self-styled inter-bellum Poland inherited some major industrial centers, as well as a few coal mines and other natural resources. The nation split into two major industrial areas and invested in major infrastructure improvements including a port, a new city built around a steel mill, and a series of unifying railways.