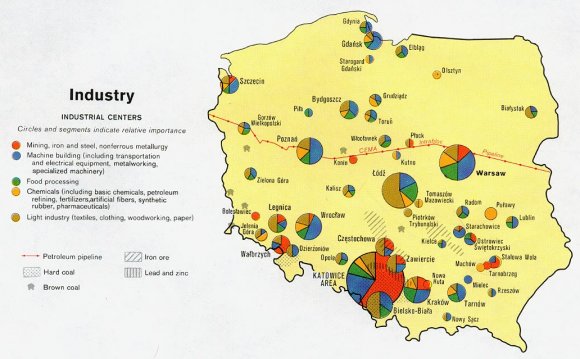 Living in Poland, from Czech Republic

"Since moving to Warsaw, I have been able to make some great friends and attend InterNations events with other expats who understand what it's like to be so far from home."

Living in Poland, from Portugal

"During my first month in Warsaw, I attended an InterNations event and immediately felt as if I had acquired a great network of expats contacts and new friends."

Poland at a Glance

Working in Poland is becoming more and more popular — not just because it was about the only country to avoid an economic dip during the financial crisis. To learn more about business life in Poland and the many different options for expats who plan on working in Poland, read our guide below.

Expats working in Poland benefit from the growing economy, which registered an economic growth of 1.2% in 2009 when other European economies were crashing. Indeed, the country’s GDP made a record jump from 50% to 56% in that year. Today, Poland is one of the biggest and fastest-growing economies in Europe. Since the fall of Poland’s communist government, the country has made an impressive transition from a centrally planned economy to a capitalist market economy. The membership in the European Union supported this development.

When you make plans for working in Poland, there are certain industries and key sectors you should particularly look into. The country’s main industries are machine building, iron and steel, coal mining, chemicals, shipbuilding, food processing, glass, and textiles. However, the majority of the work force is employed in the services sector. The percentage of service employees in Poland has indeed increased in the last ten years. With an unemployment rate of almost 8.2% in 2014, the country is slowly getting there.

The Problem of Finding a Job

If you plan on working in Poland, you should make sure to improve your language skills before the move. 98% of the entire population speaks Polish. The younger generation as well as business people and academics often speak English, while German is often spoken among the older generation. However, you should not rely on this.