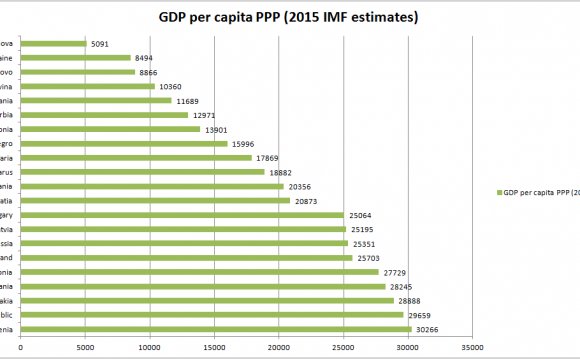 GDP per capita (PPP based) is gross domestic product converted to international dollars using purchasing power parity rates and divided by total population. An international dollar has the same purchasing power over GDP as a U.S. dollar has in the United States. A purchasing power parity (PPP) between two countries, A and B, is the ratio of the number of units of country A’s currency needed to purchase in country A the same quantity of a specific good or service as one unit of country B’s currency will purchase in country B. PPPs can be expressed in the currency of either of the countries. In practice, they are usually computed among large numbers of countries and expressed in terms of a single currency, with the U.S. dollar (US$) most commonly used as the base or “numeraire” currency.