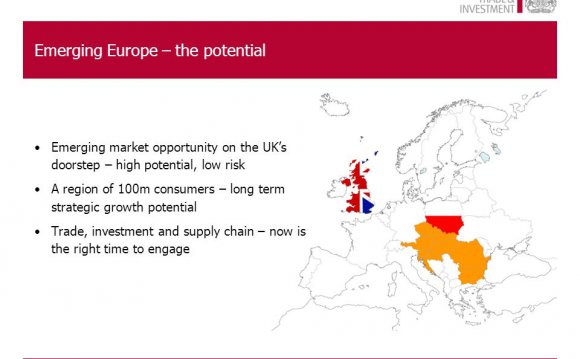 There was a time, not so long ago, when it seemed the rugged promise of the globe’s economic frontier could be summed up with a simple acronym: BRIC. To investors and corporate prospectors alike, Brazil, Russia, India, and China were like Gold Rush towns high in the hills—deep, rich veins of commerce that could be tapped by anybody quick enough, industrious enough, and brave enough to stake a claim.

Though separated by the imposing bulwarks of geography, language, culture, politics, and history, the four BRICs were kindred spirits—all were populous, underdeveloped lands with governments eager to welcome investment from Western corporations. Or so it appeared to Jim O’Neill, the son of a postman from Manchester, England, who had risen to head global economic research at Goldman Sachs—and who had ingeniously lumped these four behemoths together in a November 2001 analyst report, titled “Global Economics Paper No. 66: Building Better Global Economic BRICs.” That modest 16-page client briefing would inevitably launch untold numbers of BRIC mutual funds and ETFs, indexes, investment conferences, and Wall Street research teams.

It would force major companies to rethink their own marketing and manufacturing strategies, reroute supply lines, and send billions of corporate investment dollars into a constellation of once-little-known cities from Bangalore to Shenzhen.

O’Neill’s BRIC conceit, it’s fair to say, redrew the map of global business. Consider that when the Goldman analyst coined the term, Brazil, Russia, India, and China accounted for $2.7 trillion in GDP, or 8% of the world economy. They account for roughly 19% today. (In 2010 the four BRICs invited South Africa to join the group, making them BRICS with a capital “S.”)

Back in 2001, China was just revving its engine, a .3 trillion economy that was the world’s sixth largest, trailing the U.S., Japan, Germany, the U.K., and France. As for Brazil, Russia, and India, none was in the global economy’s top 10. Brazil, with a population then of 177 million and a land mass nearly the size of Europe’s, had an economy smaller than Spain’s.

All are giants now. India’s GDP exceeded $2 trillion last year. China’s output is five times that, its economy second in power only to the U.S.’s. Brazil’s growth rate rose, albeit in fits and starts, from 4.3% in 2000 to 7.5% in 2010. Over the same decade, Russia’s middle class doubled in size.

Yet as much as we might celebrate the concept of BRIConomics for its insight and uncanny timeliness, it is time now to put the thing to pasture. As quickly as the world transformed at the start of the millennium, it is changing again. China’s economy is grinding into a lower gear, growing in 2014 at the slowest pace (7.4%) in nearly a quarter-century. Scandal-plagued Brazil stands on the edge of recession. A cliff dive for oil prices, sanctions, and the poor political choices of its leaders have Russia reeling, its economy on track to contract 3.5% this year.

What Does the Emerging Market Turmoil Tell Us?