What is a dynamic economy? 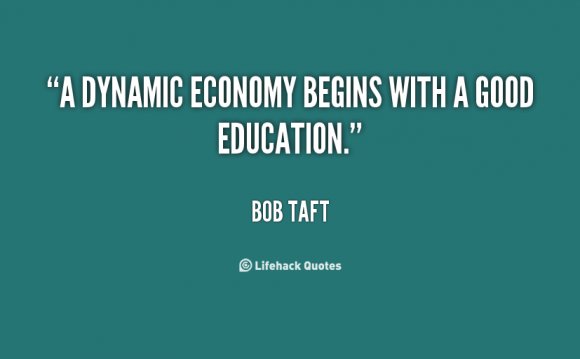 When the country was in recession, the job market nationwide and in the district appeared to be inactive. Indeed, even after the recession was officially over—determined by increased output, not employment growth—net employment figures languished in what economists and others called a jobless recovery.

But such a description of U.S. employment is a bit misleading. Each year thousands of businesses open new locations or production facilities, and about as many businesses close them. This results in a great churning of the labor pool each year as millions of jobs open, while at the same time millions of positions are eliminated. What most people see, often in newspaper accounts, is only the end result—the net employment gains or losses, which are a small fraction of overall employment churn.

So-called dynamic data on business employment, compiled by the Bureau of Labor Statistics and the U.S. Census, show how net employment is affected by the openings, closings, expansions and contractions of establishments. (An establishment is a location where business is conducted or operations are performed. A single firm can have more than one establishment.)

For example, during first quarter 2004, the U.S. economy created more than 400, 000 net new jobs in the private sector. That sounds like a lot. But in gross terms, 7.7 million jobs were gained (1.5 million in new establishments, 6.2 million due to expansions of existing firms), and 7.3 million jobs were lost (1.4 million from establishment closings, 5.8 million due to contractions at existing firms). (Note that job counts don't include turnover at existing jobs. For example, a position on the books all year but occupied by different workers is considered neither an expansion nor a contraction.)

But dynamic data take additional time to compile relative to data used to report monthly net employment changes, which only takes a few weeks. Quarterly national dynamic data are released with about a nine-month lag; detailed annual state data are released with about a three-year lag. This is why you don't often read stories about this larger, job-churning phenomenon, but instead see monthly stories about net employment gains at the state level.

Economists describe this process as "creative destruction." A flexible economy not only provides opportunities for businesses to enter the market or expand, but it also allows businesses to fail or contract. In this way the economy moves resources, including labor, to producing goods and services with strong demand relative to production costs from those with weak demand relative to production costs. In short, it's how the market weeds out inefficient firms.

According to economic theory, the result is a more efficient allocation of goods and services relative to demand and the resources required to produce them. Dynamic data give us an idea of where and how the market is reallocating those resources, in terms of both firms and labor.