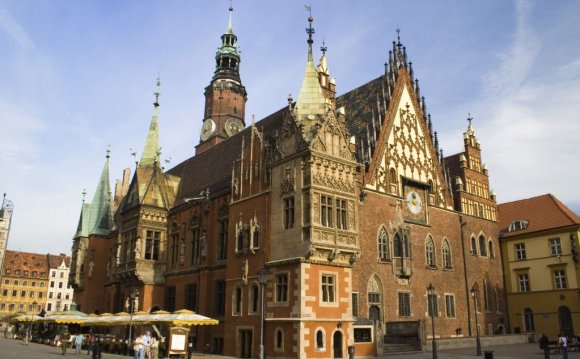 Poland has substantial agricultural and mineral resources. It has the world's fifth-largest proven reserves of hard and brown coal, in addition to deposits of copper, sulphur, zinc, lead, silver, magnesium, and rock salt. There is natural gas and also potentially useful deposits of chalk, kaolin, clays, and potash.

Poland's main agricultural crops are wheat and other cereals, potatoes, sugar beets and fodder crops. Poland is a leading exporter of apple concentrate and is among the world's leading producers of berries, cabbages, and carrots. In 2003 Poland was ranked second in the world in rye and sixth in potato production. At the end of 2004, the livestock sector comprised 5.2 million beef and dairy cattle and approximately 17.4 million pigs. Due to Poland's favorable geographical position and temperate climate utilized agricultural area amounts to more than half of Poland's surface (16.3 million hectares). In addition, over 9.1 million hectares are forested, making sawn timber an important resource.

The overwhelming majority of Poland's electricity is generated by coal- and lignite fuelled power stations, while the remainder derives from hydroelectric power stations and wind power plants. Hard coal remains the foundation of Polish industry. Thanks to coal, Poland's total energy consumption and production have generally been in balance, with imports of oil offset by coal exports. In 2004, hard coal production reached nearly 101 million tons, almost the same as in the previous year, and that of brown coal and coke 61.1 and 10.2 million tons, respectively. Outputs of natural gas, basic fuels and electricity are presented below.

Production of Major Fuels and Energy Products in 2004 *

About 35 % percent of Poland's demand for natural gas is covered by domestic production and most imports come from Russia.

Poland country in plus