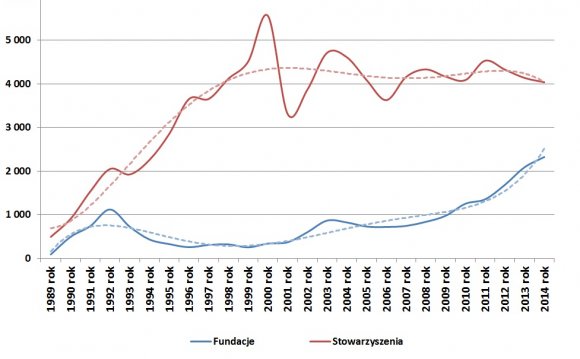 Polish citizens and leaders are doing too little to prevent nepotism, favoritism and vague ethical standards, according to an assessment of 13 key areas of public life, such as legislative, executive, judiciary, media or business in terms of their transparency, accountability and effectiveness in preventing corruption in a country.

The assessment, prepared by the Institute of Public Affairs (one of the Polish leading public policy think tanks) and anti-corruption organisation Transparency International, warns that without giving more resources and political backing to watchdog bodies, and raising public awareness about issues like whistleblowing, the fight against corruption in Poland will stall.

“Although we do have developed legal regulations in most of the areas, they often do not work in reality. There is a big gap between theory and practice, ” points out Grzegorz Makowski, expert on corruption and lead researcher of the study. “The fight against corruption in Poland is about more than a few court cases. We need a comprehensive anticorruption policy that develops higher standards of public life”.

The assessment shows that among the public institutions the weakest appear to be those most important for fighting corruption – the executive and public administration. It also points out low anticorruption engagement and integrity standards within the civil society and business sector.

The report cites the promotion of a politician’s family in an insurance firm as an example of nepotism and cronyism that still is present in Polish society, as well as cultural barriers to mobilizing more citizens to report and protest against corruption.

“The standards of public life in Poland leave a lot to be desired, ” – says Grzegorz Makowski. “Most of the institutions do not have effective mechanisms to hold public functionaries accountable for their actions. It also appears that integrity standards do not work very well”. It seems that, although the level of corruption in the country might not be as high as 20 years ago, Polish authorities should undertake serious efforts to improve the overall standards of public life.