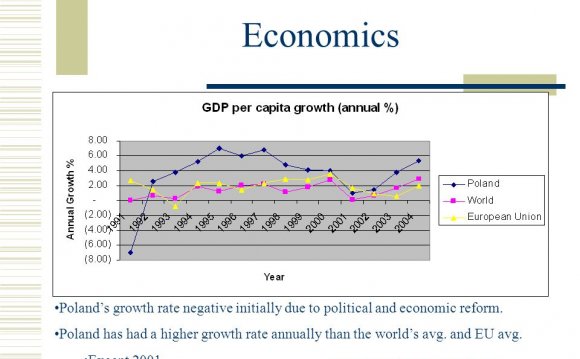 This last point is of particular importance when understanding Poland’s on-going growth. Government expenditures continued to increase in Poland throughout the crisis, rising from €15.1billion in 2008 to €16.5billion in the first quarter of 2012. One of the most important actions of the government was to increase public investment, through utilising available EU funds. Poland was the single largest recipient of EU funds from the 2007-13 budget, as it was liable to receive up to €67billion in structural and cohesion funds. This helped the government to instigate large investments in the country’s infrastructure, particularly in preparation for the Euro2012 football championships. As a share of overall investment, public investment increased from 35 per cent to 43 per cent between 2005 and 2010 and as a share of GDP from 4.2 per cent to 5.7 per cent from 2007 to 2011. The biggest increase in investment has been in the area of buildings and infrastructure, which increased from €1.8billion in 2005 to €3.1billion in 2010.

Another important contributory factor to Poland’s slowdown has been the drop in personal consumption. The rate of increase in personal consumption slowed steadily throughout 2011 and 2012, before actually falling in the fourth quarter of last year. The labour market situation is worsening, with unemployment rising above 14 per cent in 2013, and real salaries being 1.4 per cent below the level they had been a year earlier. This is the first time that real salaries have declined in Poland since the early 1990s.