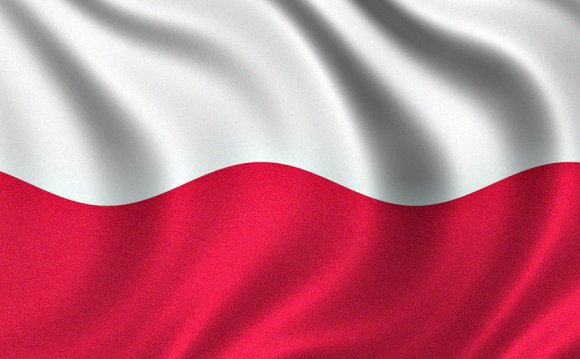 Polish Flag Description:
The flag of Poland consists of two horizontal halves - the top half is white and the bottom half is red.

Polish Flag Meaning:
The colors of the Polish flag are based on the colors of the national coat of arms which is a white eagle on a red shield and dates back to 13th century. The red symbolizes the blood shed in the country's fight for independence and the white symbolizes peace.

Polish Flag History:
The current Polish flag was adopted on February 9, 1990. The national colors of Poland have been white and red since 1831 when the country first proclaimed independence from Russia. However Russia retained control over Poland until after the First World War in 1918 when Poland again proclaimed and got its independence. The red over white flag was first adopted on August 1, 1919. Poland lost its independence again in 1939 when it was invade by Russia and Germany Independence was restored with the end of the Second World War and the Polish flag was flown again. The Polish flag remained unchanged with the establishment of the Polish People's Republic in 1947 and then the Republic of Poland in 1989.