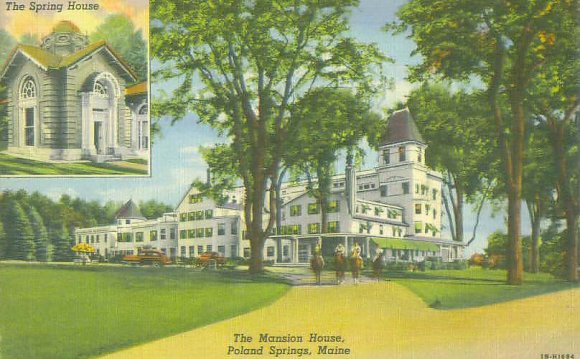 Two employees of the Poland Spring bottling plant in Poland were taken to a hospital after an ammonia leak Thursday morning led to an evacuation.

The leak occurred about 10:30 a.m. Thursday, according to the Poland Fire Department.

Fire Capt. George Tanguay said the leak was of anhydrous ammonia, which is commonly used in refrigeration.

Poland Spring parent company Nestle issued a statement late Thursday afternoon saying two employees complained of headaches and were evaluated at the scene by emergency personnel before being taken to Central Maine Medical Center. They have since been released.

Anhydrous ammonia is a colorless, highly irritating gas with a pungent odor. At high concentrations, exposure can cause burns and asphyxiation.

The plant manager, Glenda O’Brien, did not return messages for comment.

Nestle’s statement said the leak was no longer active and company officials said they were working with the Poland Fire Department to determine the cause. Employees were given the go-ahead to re-enter the plant.