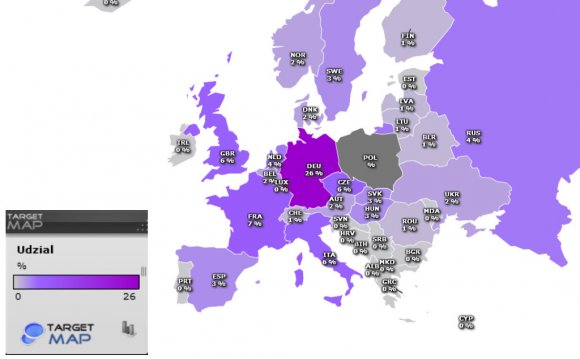 Nowadays consumers are used to see in their local Polish malls and stores all sort of products from every corner of the world. Polish imports provide the country’s consumers with more options to choose from and help them manage their household budgets. International trade is very important for Poland as it promotes and encourages the economic growth, currency stability and contributes to an increased standard of living.

Just like all COMECON ex-member states, Poland was forced to reorient its trade after the renowned collapse from 1991. It managed to develop a series of commercial connections with EU members and by 1996 70% of its exchanges were with these countries. Poland also participated in the Central European Free Trade Agreement (CEFTA), which also included Hungary, the Czech Republic, Slovakia and Slovenia, and that offered the opportunity of a more facile and less bureaucratic set of trading exchanges between the above mentioned countries.

Rail, road, shipping and air travel are the transportations methods used in Poland. Due to its position in the Central Europe, Poland is a key country in terms of importing and exporting within the European Union. At this moment, the most important trading partner of Poland is its nearby neighbor Germany.

International trades provide Polish businesses with the opportunity to profit from an expanded market, rather than be limited to selling within the country’s own borders. There are many reasons why trade across Polish borders occurs, including lower production costs (Poland provides entrepreneurs with a qualified and less expensive labor force), specialized industries and a surplus of natural resources.

Approximately 80% of Polish exports go to Europe, with Germany as the dominant bilateral trading partner, due to the geographical proximity and strong economic links. Other important export partners for Poland are: Italy, France, UK and Czech Republic.

Most Polish imports are not for direct consumer consumption, but capital goods needed for manufacturing and industrial retooling.